Contact us
Support us
Show menu
If you plan to visit tourist attractions in Slovakia, we recommend that you follow the information of operators and state institutions on the current situation and please follow their recommendations and regulations. Due to the current situation, public events are canceled and tourist attractions may be closed. It is prohibited to organize sport, cultural and public events on the whole territory of the Slovak republic.On the whole territory of the Slovak republic must be closed bars, clubs, entertainment centers and facilities, ski resorts, wellness centers, spas, aqua parks, fitness centers, children's play areas and social and cultural facilities.

A LOOK INTO THE SECRETS OF NATURE

DINOPARK is a popular attraction at the ZOO, too. You can discover contemporary fauna and extinct Mesozoic dinosaurs. DinoPark offers dozens of static and moving models of dinosaurs in life-size, a photosaur in order to capture dinosaur´s experiences. You can have a snack in style of Mesozoic DinoGril, 3D cinema for free, unique plant Wollemia Nobilis, a paleontological playground, children's attractions for young adventurers, and also beautiful sceneries of nature.

Zoological garden Bratislava is Municipal contributively institution whose founder is the capital of the Slovak Republic, Bratislava.

ZOO Bratislava is a member of international organizations:

Budmerice mansion
33,01 km
City/Municipality: Budmerice
* There is noticed the direct distance (as the crow flies) in km
* Click on the map marker for more details

Slovak National Gallery - Water Barracks and the Bridge
3,10 km
City/Municipality: Bratislava
* There is noticed the direct distance (as the crow flies) in km
* Click on the map marker for more details

Danubiana - Meulensteen Art Museum
17,92 km
City/Municipality: Bratislava
* There is noticed the direct distance (as the crow flies) in km
* Click on the map marker for more details

Budmerice mansion
33,01 km
City/Municipality: Budmerice
* There is noticed the direct distance (as the crow flies) in km
* Click on the map marker for more details

Blue Church - St. Elisabeth Church
3,40 km
City/Municipality: Bratislava
* There is noticed the direct distance (as the crow flies) in km
* Click on the map marker for more details

The ZOO is located in the capital of Slovakia in Bratislava. 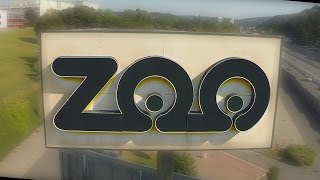 ZOO Košice
ZOO Košice is located in the city of Košice, city part Kavečany in East Slovakia. It is located in a beautiful forest park. ZOO was founded in 1979, it has since been gradually built up and became one of the most popular tourist destinations in eastern Slovakia. In the new millennium, it is built as a zoo of a universal type breeds more than 1 270 animals - 249 species. It is located on an ...
Malkia Park
MALKIA PARK is located in municipality Orechová Potôň, in Slovakia. It was first time opened on 3rd June 2016. We are non-profit organization providing shelter for variety of animal species. Our primary aim is to create the most optimal living conditions for animals that we save from circuses and not appropriate domestic breeding conditions. We named the park after Malkia, the first lioness we ...
ZOO Spišská Nová Ves (ZOO SNV)
The ZOO is located in city of Spišská Nová Ves on an area of 8 ha. There are 530 animals in ZOO. Among the most attractive are the animals registered in the so-called The Red Book of Endangered Animals, including the Tiger Ussurian. Other interesting animals are Bactrian camel, Bornean orangutan, Mandrill, Lama alpaca, Shetland pony, Jaguar, Capybara, Cougar and others. From domestic fauna ...
Zveropark - Animal park
Imagine one place ... place where nature is beautiful as a fairy tale, where there is quiet, charming animals, bickering waterfall, lake full of fish, grassfield how made for picnic ... a place where you have a feeling that time is not going so fast, where you will forget about common problems and you will only apperceive the beauty around. The place where your children put away their mobiles ...